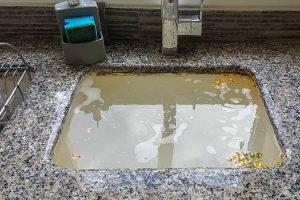 You probably don’t give much thought to your plumbing on an average day. It’s a system in the home we tend to take for granted and don’t notice until something goes wrong.

And when something is amiss, it can wreak serious havoc on your household. Whether it’s the kitchen sink or the bathroom shower, we need our plumbing.

Drains are a component of the plumbing system that doesn’t even have to stop working altogether to cause real problems. Even slow drains put a significant damper on your household, which is why you need drain cleaning as soon as something goes wrong.

A severe plumbing issue doesn’t even have to be as significant as septic tank repairs or plumbing replacement. That seemingly small drain for your toilet can do enough damage to bring your home sweet home to a screeching halt.

Savvy homeowners know the value of being alert and noticing when things aren’t right. Be on the lookout for signs of a problem to try to avoid it from developing into something catastrophic:

What’s more alarming is if you notice signs that you have an existing issue with multiple drains. This often means the real problem is a main sewer clog, and it’s time to take action immediately.

Getting Professional Plumbing Help In Miami

For prompt and professional service, trust the pros at United Septic and Grease Services. We’re here to help 24/7 because you never know when something will go wrong.

We’re the leading resource in the area for plumbing and will help you with any issue you have. Call us, day or night, to get drain cleaning service for your Miami home.